Is it science fiction or total reality?

It seems that nowadays, everyone is talking about alternative energy and green living – and they should be! Cutting down on carbon emissions, utilizing sustainable energy resources, and saving money on your monthly bills is a win-win situation. Solar and wind energy are gaining more popularity as the years pass, but many people are still unfamiliar with geothermal HVAC systems. Sound complex? If you think back to your science classes from grade school, you know that geo refers to the earth and thermal relates to heat. Therefore, it is as simple as it sounds; geothermal HVAC systems fulfill their heating and cooling needs from the ground with systems that are up to 600% more efficient, which can result in your heating and cooling bills dropping by up to 80%!

How is a geothermal system possible?

Hearing how much you could save sounds too good to be true, but a quick study of geothermal HVAC systems tells you just how this could happen. Whether you refer to it as geothermal, geoexchange, or ground source heating and cooling, the concept is the same. The idea is to take advantage of the consistent ground temperature of 55 degrees via inserting tubes into the ground, and transferring this heat or cool air.

How do geothermal systems work year-round? 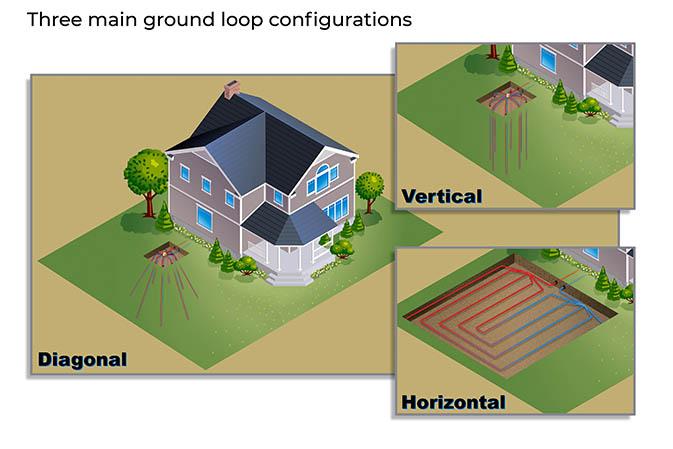 As complex as they sound, geothermal systems rely on three major components. The first is the heat pump unit, located in the home. The second is the liquid heat-exchange, known also as the ground loop, which is made of the underground pipes that connect to the heat pump. The air delivery system is simply the ductwork that distributes air through the home.

In the cooler months, the pipes circulate water that is absorbing heat from the earth. This warm water is transferred to the geothermal heat pump, where the heat from the liquid is extracted and distributed through the home as warm air. The water continues on this path to maintain heating of the home.

During hotter months, the indoor heat pump takes hot air from your home and removes the heat, leaving cooler air to circulate. The heat that was removed is injected into the earth through the pipes, where it will then cool down.

What should I know before purchasing a geothermal system?

While a simple geothermal system can save you an exorbiant amount of money over time, they are initially pricey. This is mainly due to the loop system of piping; however, studies show that a new ground loop HVAC system can last for generations, while the heat pump can survive for decades.

Another reason why geothermal HVAC systems are not prevalent is because of the misinformation and general unawareness of them. National Geographic wrote an extensive article about some of the busted myths associated with geothermal systems, and here are some of the highlights:

To learn more about geothermal systems or have a technician assess your property to see if it is the right HVAC system for you, schedule an appointment with our easy Online Scheduling or by calling 812-339-9114.

Check out these related articles: Keep Energy Bills Low During Rising Temperatures and Heating Your Home